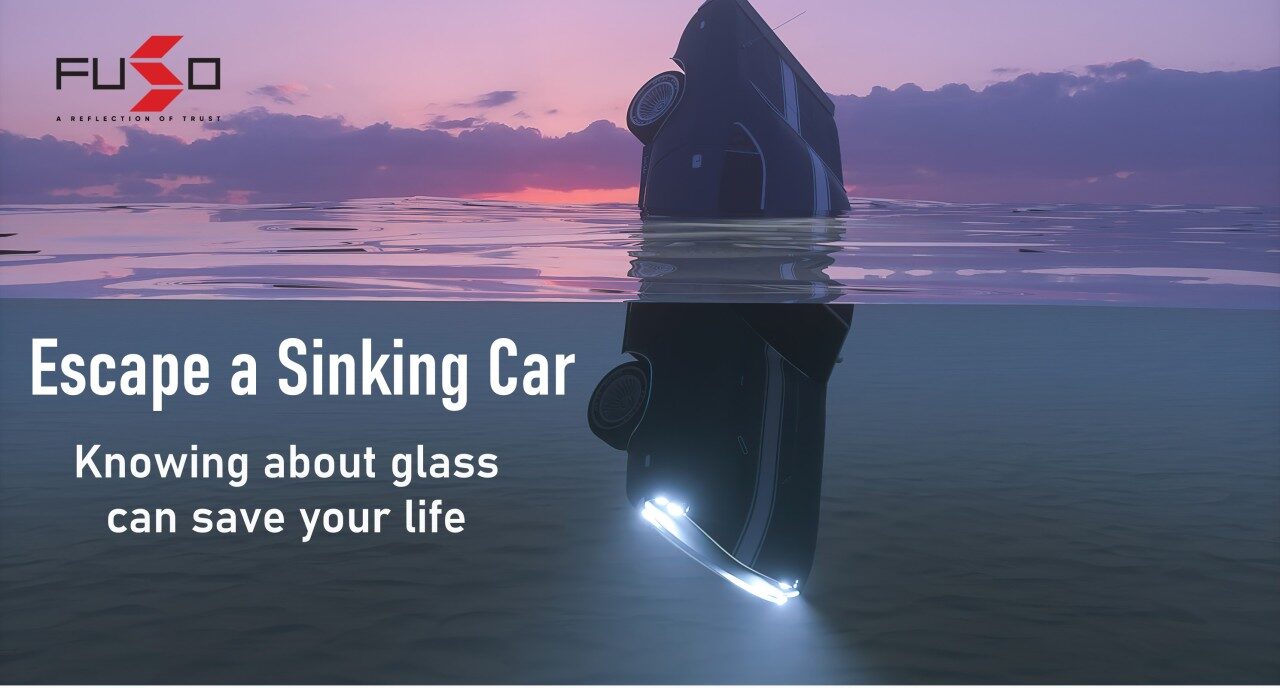 A new thriller comedy movie, ‘I Care A Lot’, was released on Netflix last month. It starred Rosemund Pike and Peter Dinklage among others. I am not a movie buff but I watched it for Peter Dinklage. His acting skills are unmissable, those who have watched Game of Thrones would agree with on this. No one else could have played Tyrion Lannister better than him.

There is a nail-biting sequence in the movie where Marla Grayson’s (played by Rosemund Pike) car is drowning in a lake and she is trying to make an escape. She has to kick the rear window 5-6 times before the fitting comes off. All that while I was thinking, I could have done better than Marla in that situation not because I can kick harder but because I know glass better.

You might not have realised this but the windshield glass is not the same as the window glass. Automotive design engineers and glass manufacturers have put a lot of thought in the choice of glass. Yes, they have thought of the car drowning scenario too.

Thus, windshield glass is made using a lamination process. It is designed to offer highest levels of safety in the event of a crash. The laminated glass used here is made up of two pieces of glass, with a thin layer of vinyl between them. The three pieces are laminated together by applying heat and pressure in a special oven called an autoclave. When a small object strikes a piece of laminated glass, typically only the outer layer of the windshield that is struck breaks. However, even in severe impact situations, the broken pieces of glass from the glass layers stick to the vinyl inner lining reducing the injuries.

Tempered glass is used as the window glass in cars. It is made by heating a single sheet of glass and then very quickly cooling it, to harden the glass. This increases the strength of the glass around 5-10 times that of untempered glass. Tempered glass, unlike non-tempered glass, doesn’t shatter into sharp shards of glass. Rather, it breaks into tiny little glass pebbles, which are significantly less likely to harm someone in the event of a car accident.

The reason for this is primarily because laminated glass is difficult to cut through, making it hard for safety crews to get to injured passengers within cars. They have no such trouble with tempered safety glass. Tempered glass shatters into those tiny glass pebbles in the case of being trapped in a car, such as if it becomes submersed. It would be significantly more difficult to get out of a car through a window in such a situation, if it were laminated glass in the side windows as well.

Pro tip: Always break the window glass when in a car accident or drowning car. It is designed for a scenario when you want to exit the vehicle for your own safety.

If you want to learn more about